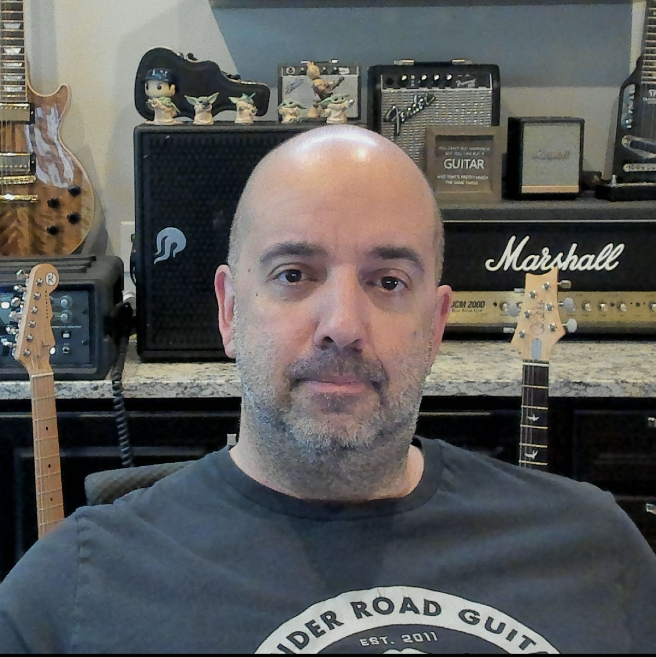 These are a couple of posts I’ve kept from my old blog that folks found helpful, so I figured I’d repost them here. Also added a brief update 10+ years post surgery.

It’s been almost eight months since I underwent Photorefractive Keratectomy (PRK) eye surgery to finally get rid of my glasses/contacts. It’s similar to the seemingly more common Lasik except for how your cornea gets exposed to the laser (at least that’s how I understand it). That difference leads to pretty different recovery experiences: Lasik patients see instant results while PRK patients go through a longer, more gradual recovery process. In the end, I chose PRK over Lasik.

I was very optimistic and excited about being able to see perfectly after dealing with glasses/contacts for 20+ years. That led me to interpret all of the descriptions of the cons and the recovery process in their most positive form. While I know it’s impossible for a doctor to describe to a patient exactly how they’re going to feel during recovery, my experience wasn’t at all what I was expecting.

I’m finally getting around to writing this after weeks of slacking. I read countless posts describing a large variety of recovery experiences and found each and every one of them super helpful, even though the majority were not all that encouraging. I’ll warn you it’s probably the longest post I’ve ever written. I recall reading some long ones when I went through this and appreciated every little detail, so I’m just going to let it flow.

The actual surgery was no big deal. It took about five minutes per eye which barely even gave me time to build up any anxiety. I just did what the doctor asked and focused on staring at the light. My eyes had been numbed up so I could feel some pressure but nothing beyond that. No part of the actual procedure hurt at all. It’s just a bit off-putting to see someone scrape your eyes with tools. I also remember smelling the laser do its thing and it all feeling a bit surreal that I’m so easily able to just sit there and let it happen.

Immediately after the surgery, my vision was much better than I had expected. It wasn’t perfect by any means, but I could totally get around on my own without any problems. I also didn’t experience any pain at all; the closest to pain was scratchiness that just felt like my eyes were dry, but that was just discomfort at most and totally manageable. The only thing I remember having a real effect on me was a high sensitivity to light. I started to have to turn off lights in the house, dimmed my computer screens, and would have to turn away from bright scenes on the TV. I wore sunglasses everywhere.

The next day, I went in for a post-op check-up and was still seeing reasonably well. I had some double vision in both eyes and neither were close to 20/20, but I could still do pretty much anything I wanted. The doctor took a look and said things were progressing well. She warned me to not get too excited about that though as she expected things to get worse before they improved.

It turns out she was right as I woke up the following day with worse double vision (or multi-vision to be more accurate). The day after that, things were even worse, plus I started to feel some of the pain she had warned might eventually arise. The pain was a burning sensation and was at its worst as soon as I woke up in the morning. It took several minutes to gradually get my eyes to open up. By no means terrible but definitely more than just discomfort at this point.

My surgery happened on Thursday. The following Monday I got the “bandage” contact lenses removed. This step certainly qualified as pain. It was impossible for me to open my eyes; they fought me the whole way and opened up the tears dam. After a long while, I was able to open them up some which helped as they hurt the most when closed. Any eye movement when closed would lead to a scraping feeling against my eyelids. Not fun at all.

My vision at this point was poor. Felt like looking through a pane of glass that had semi-clear grease spread across it. It was hazy and blurry with more and more double vision. The other downside was that I constantly felt my eyes now. It wasn’t unbearable but very noticeable and constant. The only thing that helped was using the “Refresh Plus” eye drops. They provided a cool soothing sensation, kept them from over drying, and helped ease things along. I was using those drops every ten minutes—maybe more. Woke up the next morning with my eyelids stuck shut. Used plenty of rewetting drops once again and got through it and decided to head into work. Looking back, this was just plain dumb. I got on the elevator with another person and realized I could not see well enough to recognize the person even though they were just five feet away from me. Looking at a computer screen was entirely futile regardless of what resolution/zoom I used. This was pretty depressing and frustrating. I was starting to realize how down this kind of thing can get you.

Got a ride back home after a few minutes and surrendered to the fact that it wasn’t going to be this week that I got to go back to work. These next few days were the worst as far as vision quality went. Around day 7-8, things started to show some subtle improvement. I was able to use the computer a bit, albeit only in high-contrast mode and at 200-250% zoom on a 30-inch monitor. It’s painful to use a computer that way and far from productive. Built up lots of compassion for anyone who always has to use those modes.

Finally headed back to work the following Monday (day 11). Used a lot of drops and had very blurry vision, but was, at least, able to participate in meetings and talk to folks. I was still having difficulty recognizing people. Most people didn’t know what I was going through as I looked totally normal—apologies to anyone who I didn’t wave back to or acknowledge.

Things fluctuated for days. Sometimes things got slightly better but then regressed. I drove for the first time twenty-seven days after the surgery. I couldn’t read street signs very well but was totally able to see well enough to drive safely on my usual route to work. It had been so long that I just started to get used to not being able to see well. Eventually, I started wearing contacts again which felt amazing but not something I ever thought I’d need to do again (at least not so soon after). The contacts helped me totally get back to normal.

Almost five months had passed, and while my vision had improved a fair amount, it was still far from perfect. I started to experience pretty severe headaches and some scarier symptoms. E.g., the inner half of my vision in my left eye would gray out and gradually come back to me over ten seconds or so whenever I’d squat down and back up. I could also see distortions in my vision that corresponded directly to my heart beating; i.e., I could see my heart beat. I headed into my general practitioner who ran some tests but asked me to see my eye doctor as well as it could be related to the PRK recovery. It turns out my eyes had been on steroid drops for longer than they could deal with and that led to the symptoms. She had me quickly taper off the steroid drops, and the symptoms disappeared a few days later.

I had been wearing contacts for some time at this point. I got a new pair every couple of weeks or so as my eyes healed and the prescription changed. About a week after stopping the steroid drops though, I realized I was watching TV in bed after taking off my contacts and could see better than I would have expected. I decided to go without contacts the next day and things were pretty good. About a week after that, my vision was perfect. Good, good times!

Long story short, my eyes turned out to be very slow healers. I dealt with poor vision for almost five months though some of that time made much easier as a result of wearing contacts. The good news is it’s been over seven months now, and both eyes are 20/10. Looking back, I feel like it was all worth it and can only appreciate how long it took when I read a rough journal I kept along the way. Getting off the steroid drops ended up being the key to things finally getting better.

I’ll never know when the right time to have gotten off the drops would have been, but I couldn’t be happier now. I’m also relieved to know I’m not going to need the “touch-up” surgery my doctor had started to hint at possibly being in my future. Having to go through this all again would have been a serious downer.

That’s my story, and I hope it helps someone out there. If you have any questions, feel free to reach out to me over email.

It’s just a couple weeks short of three years since I went through PRK surgery. Figured I’d provide an update to my original post and share how things have turned out.

Overall, I couldn’t be happier. My vision’s still great. It’s somewhere between 20/15 and 20/20. It may have regressed a tiny bit over the last couple years but still fantastic.

I did deal with general dryness for a while and even to this day I’d say it’s still something I’ll notice now and then. It’s minor though and by no means something that impacts me in any significant way. Would I recommend it to others? Yes. Absolutely. It’s been totally worth it. While my recovery lasted much longer than I had hoped, I still think it was the right call in the end.

My wife also had it done a few months after I did. Her recovery was a breeze compared to mine and much more typical of what we’ve seen and heard from others. Her vision going in was far worse than mine but is now also at least 20/20 in both eyes if not better.

If you’re considering it, do plenty of research to get a good idea of what to expect and make sure you have a doctor you really trust. It is your eyes you’re messing with, so it’s a pretty big deal. One thing to keep in mind though is that most of what you’ll read out there was written by folks who had a less-than-ideal adventure (like mine) but those who got the typical experience won’t feel there’s much to share at all (like my wife). In our cases, we both felt good about the risk vs. reward, trusted our doctor, and are super happy we went through with it in the end.

More than ten years later at this point and all is good. My vision’s still better than 20/20 and don’t think I experience any downsides (unless it’s that I’ve totally gotten used to them at this point). Only change has been my vision up close has started to regress but that’s expected with age and not something PRK aimed to help with.